San Pablo resident Neilesh Patel is working to make the world a better place, and for acting on that desire he was named a winner of the National Jefferson Award for Greatest Public Service For an Individual Under Age 35 at a ceremony June 17 in Washington, D.C. The Jefferson Award has historically been given to huge names, and past honorees have included former Secretary of State Henry Kissinger, Chairman of the Federal Reserve Alan Greenspan and Surgeon General Dr. C. Everett Coop. Patel hasn’t been in San Pablo for a long time, but that doesn’t mean he doesn’t have the desire to help those less fortunate than him. Since he graduated from UCLA’s School of Dentistry in 2008, he’s been dedicated to providing dental services to those communities and people that really need it. After he graduated, he worked in Bakersfield and El Paso, Texas, because those areas are badly in need of dentists and they’re given a Health Professional Shortage score by the Health and Human Services department. Originally from the Bay Area, Patel moved to San Pablo last year because he wanted to help provide health and dental services to migrant farm workers and under-served populations. This is a city he felt he could really make a difference, where his skills would actually be needed. In fact, his practice, San Pablo at 365 Pearson Drive off Morton Avenue, provides free dental days, and those usually happen four times per year. Dentistry isn’t his only specialty, as he was one of the founders of HealthCare Volunteer, a website dedicated to making it easier to find volunteering opportunities within the health care industry all over the world. Patel’s original vision for it was that it would simply be a place that listed volunteer opportunities. The site was started after he went to the Amazon on a medical mission trip in his first year as a dental student and he saw that the locals had no access to dentistry. “Thanks to the internet, people started emailing us and wanted to get involved, hospitals were offering to donate equipment, people were wanting to donate equipment supplies, time,” Patel said. “So that’s when it started evolving more into a social network, volunteer network and a hub to donate supplies.” Patel said there were several warehouses around the country, two of which were located in El Paso and the San Francisco area, that stored these donated supplies and the equipment. From there, they were shipped to countries and areas that had a real need for them. Another thing the site does is organize group volunteer trips. Now eight years old, the nonprofit site has evolved into a platform where anybody can organize volunteer activities and opportunities from a manual setup where Patel and his partners did everything themselves by hand. He estimated it will be at full strength in August. It was his work establishing the website that led to his recent honor. To be remembered as a person who truly made a difference in the community, Patel is humbled. It was so unbelievable that he won this award that he didn’t start writing his speech until he was on the plane ride to D.C. “I never thought I’d win something like this,” he said. “Especially given the kind of people who have won it in previous years. A lot of those people are modern-day movers and shakers and to be a part of that group is just an honor in itself. It’s surreal.” While in Washington, he met several big names, including the winner of the 1986 Nobel Peace Prize Elie Wiesel, who was also an award recipient with Patel, along with labor leader Dolores Huerta, who cofounded the United Farm Workers with Cesar Chavez. Patel said he experienced a totally different culture there. “In Los Angeles, everyone wants to meet the celebrities, in San Francisco everyone wants to know the techies and in D.C. people want to know the politicians,” he said with a laugh.   Contact Michael Lingberg at 784-5000, Ext. 1050, or at mlingberg@San Pablorecorder.com.   Original Article here: http://www.recorderonline.com/articles/award-57546-patel-jefferson.html 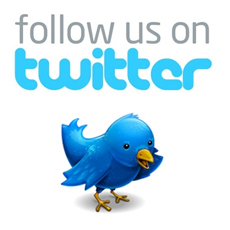 All we need is your email address and you will begin receiving big savings. Its lot easier than trying to talk with the dentist's hand in your mouth

We offer a discount plan covering a range of services.We invite you to take advantage of these excellent and affordable dental health plans